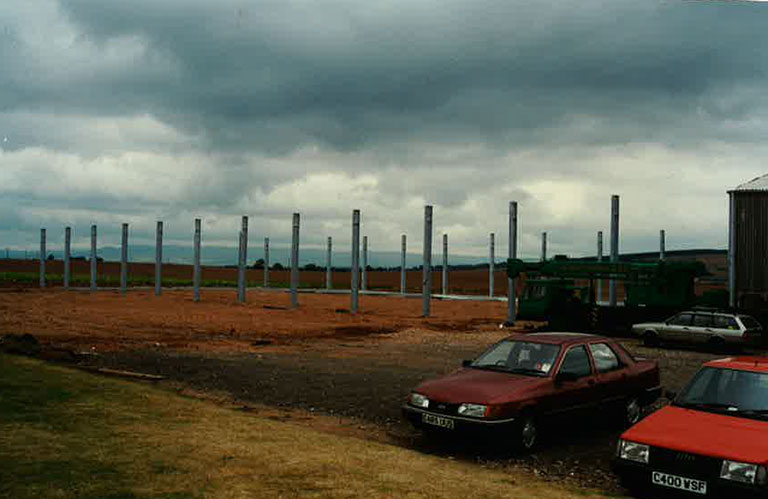 Construction of our original store in 1979 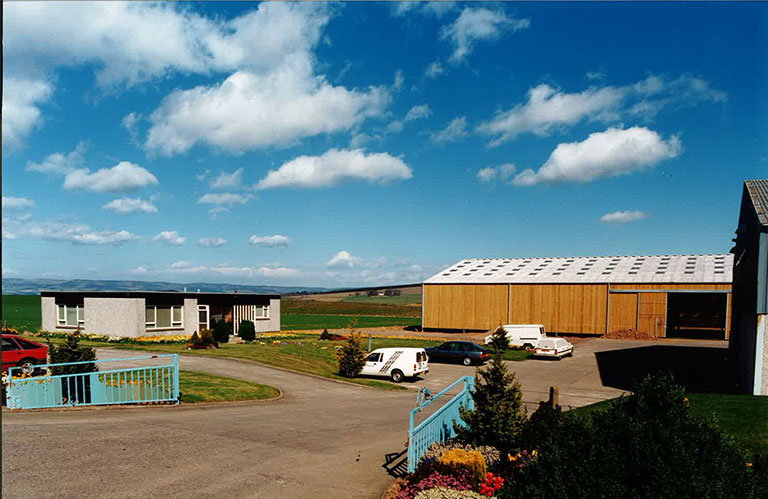 The office and store

Grampian Growers was formed in 1970 by a group of like minded farmers in the Montrose area of East Scotland. At the time the UK Government was heavily subsidising a number of crops and the feeling was it was essential for a proportion of their agricultural enterprises to be self-sufficient.

The cooperative was formed to produce and market crops that attracted no government subsidy and at the time the decision was made to produce Daffodil flowers, bulbs and strawberries.

Initially operating from one of the members farms the decision was made to purchase the land on which Grampian Growers sits today in 1978 with the move to the site taking place in 1979. The first buildings to be erected were the office and the main store but were soon followed by additional storage sheds throughout the late 80’s and early 90’s.

The first major change of the cooperative took place in 1978 when the membership identified a gap in the marketing opportunities for their seed potato crops and therefore this was added to the products Grampian Growers would handle. The synergy that exists between the growing conditions, harvest and planting seasons as well as the equipment required for handling bulbs and potatoes meant that most of the membership were already producing seed potatoes and therefore the transition was relatively straightforward. Conversely the membership of Grampian Growers made the decision to stop strawberry production in the early 90’s. At the time the UK soft fruit industry was in turmoil and facing the big decision of making huge scale investment and given the clash in the farming calendar strawberries were dropped from our portfolio.

A period of rationalisation followed throughout the rest of the 90’s before Grampian Growers acquired 2 businesses to supplement its current products. In 2002 Bennett Seed Exports was purchased with a view to accessing the numerous seed potato export markets it serviced. This gave instant results with large tonnages supplied to North Africa and the Middle East under the Bennett brand. In 2003 Angloflora Bulb Company was purchased, again with a view to accessing their export markets and again achieved success with Grampian Growers establishing themselves as a leading supplier of bulbs to North America, this time however the business was absorbed and the Grampian Growers brand utilised.

Further investment came in 2012 with the purchase of a new potato grader which can be seen in the Our Facilities section of the website. The new grader is unique in its design and is held in high regard by the potato industry. Investment in renewable energy has also followed and we are continually monitoring developments in this sector.

Grampian Growers are a forward thinking company and are always looking at how best to advance their business and will continue to do so for the benefit of the membership into the future.